Just when I thought Ellie Goulding could not get any better, she dropped a bomb on music festivals around the world. “Still so proud as a female artist to be headlining and playing festivals around the world every single year,” she tweeted. “Need to give myself credit sometimes as I’ve been doing this nonstop for over seven years. I don’t see many females at these festivals.” The Lights singer has always included festivals in her tour line up and is not satisfied about the lack of women asked to join her. 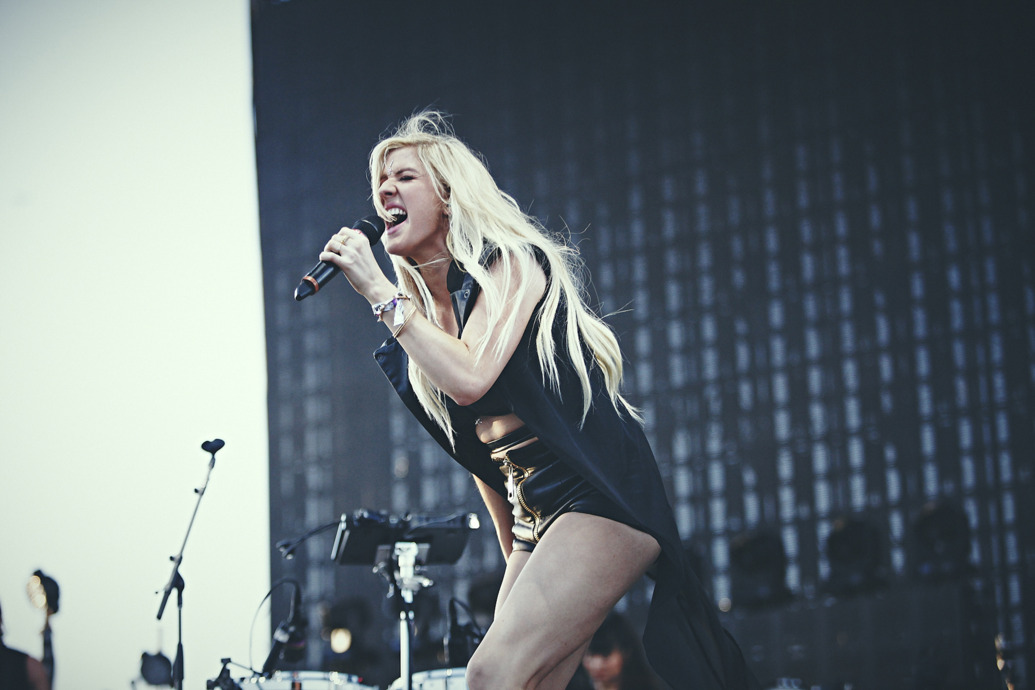 In 2015, Goulding also stated in a Cosmopolitan interview, “I got annoyed when Glastonbury had so many men on the line-up,” to which the festival responded by adding Florence + The Machine as a headliner last year and Katy Perry in this 2017 set. “We’re very aware of the gender imbalance,” said Executive Vice President of Programming for Superfly (the production company behind Bonnaroo) Chris Sampson. “We try to book the best festival that we can every year. We want the best artists out there, at every level, male or female.”

Goulding’s statements  convinced Huffington Post to research the festival culture and while half of festival goers in 2016 were female, only 12% of acts were female. Not headliners, just acts all-around and that includes bands with females. That is 78% all male groups or solo acts at festivals in 2016. Coachella has no female headliners last year for the 9th year in a row though broke the streak with the booking of Beyonce, which was replaced by Lady Gaga when she was ordered to reschedule because of her pregnancy. Huffington Post also found that Lollapalooza featured 124 male acts and only 47 which included a female. There are many who say that women aren’t featured in festivals because their music does not “fit” but as an avid music lover I can tell you that women kill it in the music scene. Ellie is the first person I think of when it comes to festivals and deserves that spot in the line up. Groups like CHVCHES and Broods and solo acts like Grimes, That Poppy, Halsey, and ZZ Ward should also be included in that list, singing songs with sick beats and festival ready energy. I could go on for days with female artists I would love to see rock the stage at a festival. If you have not heard these artist please, please pull them up and thank me later. Or go check out our Salt playlist on Spotify and hear a couple oldies mixed in.

View all posts by ohheyitsmary